I Dream in Widescreen

The University of Arizona’s School of Theatre, Film & Television presents the 16th edition of I DREAM IN WIDESCREEN (IDIWS), the annual showcase of undergraduate thesis films celebrating a wide range of new filmmaking voices graduating from the School’s nationally ranked Film & Television program. The hybrid event will premiere concurrently in person and online: the in-person event will take place on Saturday, May 8, and IDIWS will stream online for a global audience from May 8-22. Both the in-person screening and the online streaming options are FREE to attend and watch.

The in-person edition of the School of Theatre, Film & Television’s marquee annual event will take place at the Cactus Drive-In Cinema on Saturday, May 8 – located at 6201 S Wilmot Rd, Tucson, AZ 85756. Tucson’s Loft Cinema Program Director Jeff Yanc will host. From May 8-22, the films will also be available to stream online at loftcinema.org via a partnership between the School and the renowned arthouse cinema. Films will compete for prizes awarded by this year’s Jury: Mike Plante (’94), Senior Programmer for Short Film at the Sundance Film Festival, Nicholas Snell (’14), screenwriter and A/V coordinator for Lucasfilm, and film critic and journalist Katie Walsh (Los Angeles Times, IndieWire, Vanity Fair).

The IDIWS2021 line-up, including fourteen films and one series pitch, is as follows: 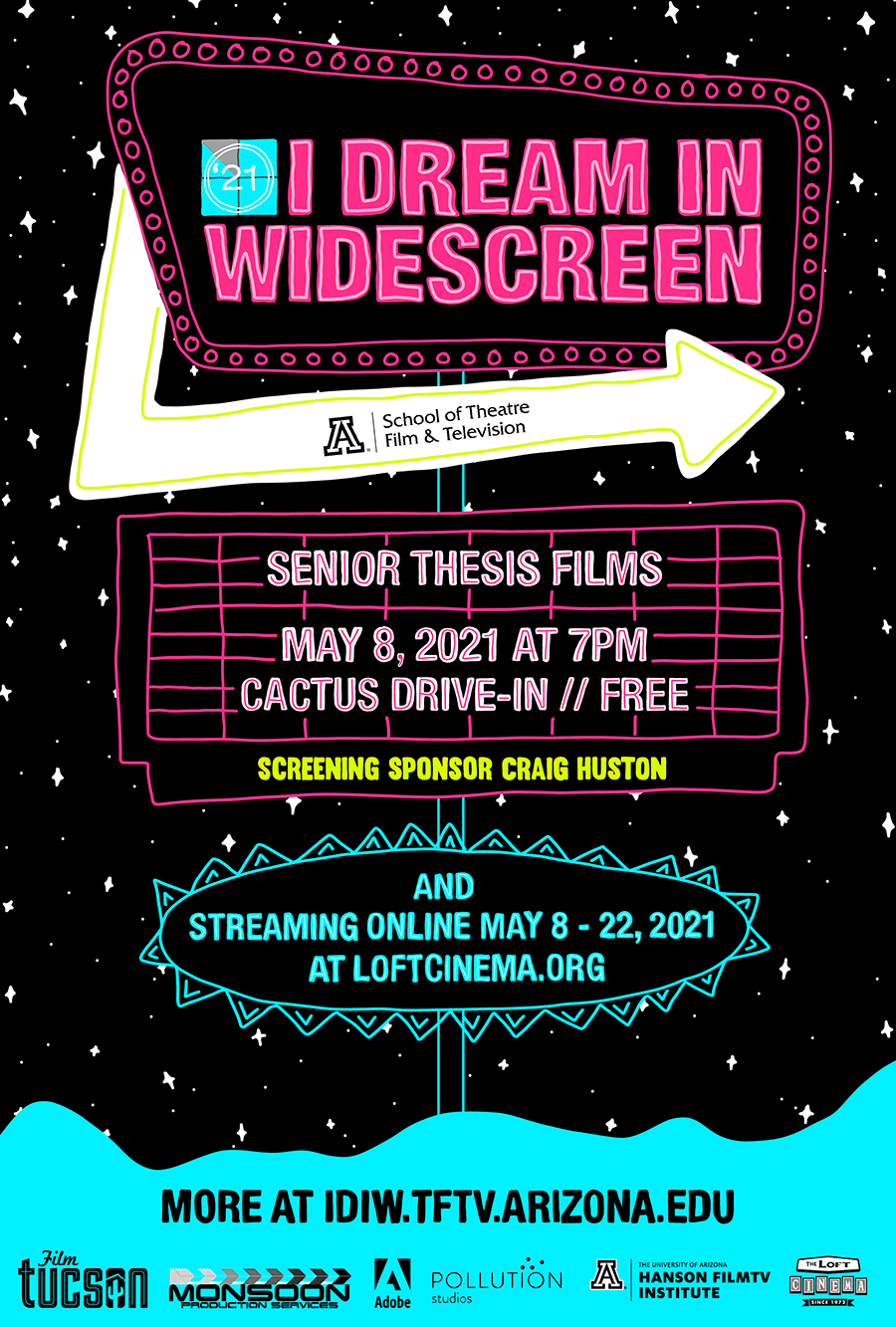